A little History Of  The Eritrean Orthodox Tewahedo Church

The history of Christianity in Eritrea dates back to the Apostolic Era. The great Saint John Chrysostom mentions the presence and conversion of Ethiopians in Jerusalem in the Pentecost day. The 5th c. church historian Socrates and our Church Tradition testify the missionary activities of St Mathew and St Bartholomew in the modern day Eritrea and Ethiopia. Yemeni and Syrian Christians also settled in the port cities of Adulis (near Massawa) and Avalites (Assab) along the Red Sea in the first century, making converts among the locals.

The Aksumite Empire, an ancient kingdom which encompassed parts of the modern Ethiopia and Eritrea, was one of the superpower of the ancient times – after Roman and Persian Empires. The Aksumite Empire in the reign of Emperor Ezana (AD 320-356) was one of the first kingdoms, after the Armenian and Georgian kingdoms, to adopt Christianity as a state religion. However, this super power of the time was the first kingdom ever to use the Christian cross on its coins.  During Ezana’s reign, St. Frumentius, a Syrian from Tyre, was consecrated as the first Bishop of Axum by St. Athanasius of Alexandria himself. St. Frumentius is highly revered both in Eritrea and Ethiopia and is known as Abba Selama – the “Father of Peace” and Kesate Berhan – “Revealer of Light”.

The Christians of the coastal region of the modern day Eritrea began to suffer in the 7th century in the wake of Muslim invasions. The regions retained some sort of an on-off independence until it fell under Ottoman rule in the 16th century. Eritrea became an Italian colony from 1890 to 1941 and it was then captured by the British. It entered into a federation with Ethiopia in 1952 and was annexed as an Ethiopian province in 1962. A lengthy struggle for self-rule culminated with the country’s declaration of independence on May 24, 1991.

In July 1993, the Eritrean bishops appealed to Pope Shenouda III of the Coptic Orthodox Church to obtain autocephalous status to be one of self-governing Oriental Orthodox churches. On September 28, 1993, the Coptic Holy Synod responded favorably to this request and on June 19, 1994, Pope Shenouda III ordained five new Eritrean bishops in Cairo, Egypt.

The process of the establishment of an independent Eritrean Orthodox Church took place in accord with the Ethiopian Orthodox Church. In early September 1993 Patriarch Paulos of Ethiopia and Archbishop Philipos sanctioned the separation of their churches, while stating their desire to work closely together. In February 1994 an agreement was signed in Addis Ababa, Ethiopia that reaffirmed the autocephalous status of both the Ethiopian and Eritrean churches. After intensive prayer and discussions among church leaders, in April 1998, Abba Philipos, the bishop of Asmara, was chosen as the first Patriarch of the Eritrean Orthodox Church. He was ordained Patriarch by the Coptic Pope Shenouda III in Cairo on May 8, 1998. His Holiness Abune Philipos passed away after a short ailment on September 18, 2002 at the age of 101. After the death of the first patriarch, the Eritrean Orthodox Church consecrated Abune Yacob as its second patriarch on December 4, 2002. However, Abune Yacob also died a year later. 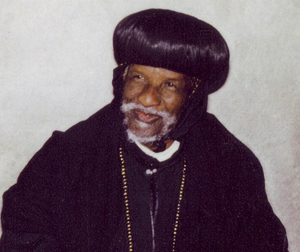 Following the death of Abune Yacoub, Abune Antonios was elected unanimously as the third Patriarch of the Eritrean Orthodox Church by the Holy Synod. His ordination and enthronement as Patriarch took place on 23 April 2004 in Asmara, at the hands of Pope Shenouda III, assisted by Eritrean and Coptic Orthodox Metropolitans and Bishops.

Concern had been growing about government interference in religious affairs and Patriarch Antonios increasingly resisted government interference, especially instructions emanating from Mr. Yeftehe Dimetros, the government’s official responsible for church matters. In January 2005 the Patriarch’s annual Nativity message was not broadcast or televised and the Eritrean Holy Synod met on 6-7 August 2005 with the main purpose of removing all executive authority from the Patriarch. He was allowed to officiate at church services but prohibited from having any administrative role in the church affairs.

At first the government denied the removal of the Patriarch and pointed to the fact that he was performing certain ceremonial functions. But, while the Patriarch was under virtual house arrest at his residence in Asmara, a delegation travelled to Egypt on 25 July to seek the support of Pope Shenouda, for his deposition and replacement. His Holiness refused to recognise this as a canonical act and urged the faithful to pray for Patriarch Antonios who “is passing through a great tribulation. We hope that the Lord will rescue him.”

On 13 January 2006 a secret session of the Holy Synod was held in Asmara which formally removed the Patriarch from office and his detention was tightened to ensure he remained incommunicado. On 20 January, 2007, two priests accompanied by three security agents of the government entered the Patriarch’s residence and confiscated his personal pontifical insignia.

On 27 May 2007, in violation of the church’s constitution and canons, the government installed Bishop Dioscoros of Mendefera as a Patriarch. The same day, in the early hours of the morning, Abune Antonios, was forcibly removed from his residence and transported to an undisclosed location. The Patriarch suffers from severe diabetes and fears have been expressed for his continued well being.

The Eritrean Orthodox Church in Diaspora

The Eritrean faithful in diaspora has been growing exponentially, particularly in Europe, given to the current socio-political events in the country. Most of these new arrivals are young who are in need of much emotional and psychological support as well as spiritual guidance.

The removal of Patriarch Antonios, however, has affected the unity and ministry of the Eritrean orthodox Tewahedo Church in diaspora. The church has become divided and her congregation became scattered like a sheep without a shepherd. The Eritrean Orthodox Church have fell into the hands of individuals who neither have fear of God nor spiritual life. The church’s possession has been robbed and wrecked. The church without the head became isolated from the Ecumenical churches and begun to be a means for worldly affairs.

We, the faithful Eritrean communities in Scandinavian countries and Finland, have chosen to follow the right way that respects the Church’s canon. Hence, we accept that His Holiness Abouna Antonios is the legitimate patriarch and his removal from office and replacement is against the Church’s canon and law. In such canonical way, we are continuing our service under the guidance of His Grace Bishop Abakir, the Coptic bishop of Scandinavian countries. With the blessing of His grace, our diocese is playing a key role in live of the faithful by proving marital and spiritual guidance.